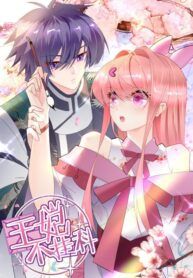 A lively girl, Tao Xiaoyao was isekaied and became the run-away wife of the regent king. After she was caught by her husband, he sent her to the royal family’s academy for discipline! Why do I, a prince’s consort, have to suffer, when other prince consorts receive lots of doting?! The dumb Tao Xiaoyao cries in pain and copies notes—I will definitely have love and study under my control